The 5th Session of the WCO Capacity Building Committee (CBC) was held in Brussels from 31st March to 2 April 2014 with the theme “Strong People-Strong Organizations”. Around 240 delegates from WCO Member Administrations and stakeholder organizations attended the session. The 5th CBC was opened by the Secretary General of the WCO Mr. Kunio Mikuriya. In his opening remarks, he noted that it was critical for Customs Administrations to consider their strategies following the recent adoption of WTO Agreement on Trade Facilitation. The WCO will assist members in the implementation of provisions of the Agreement. 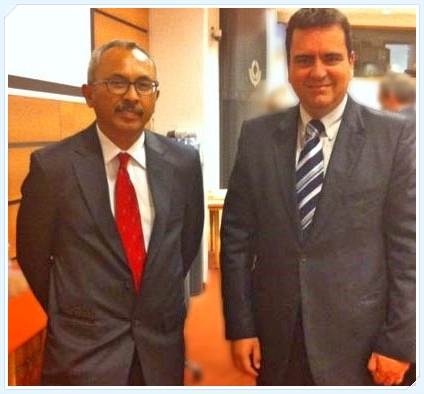 The session was chaired by Mr. Ernani Checcucci from Brazil Customs. He was re-elected as the Chairperson and Dato’ Abdul Rahman was elected as the Vice-Chairperson for the next CBC session which will take place in Brussels at the end of February 2015.

The Committee welcomed and endorsed the following documents/initiatives:-

·         The WCO Framework Principles and Practices on Customs Professionalism;

·         The WCO People Development Interactive Map on the CLiKC! Platform;

·         The new annex to the WCO Orientation Package for Decision Makers;

·         The envisaged development of a WCO People Development/Training Diagnostic Tool.