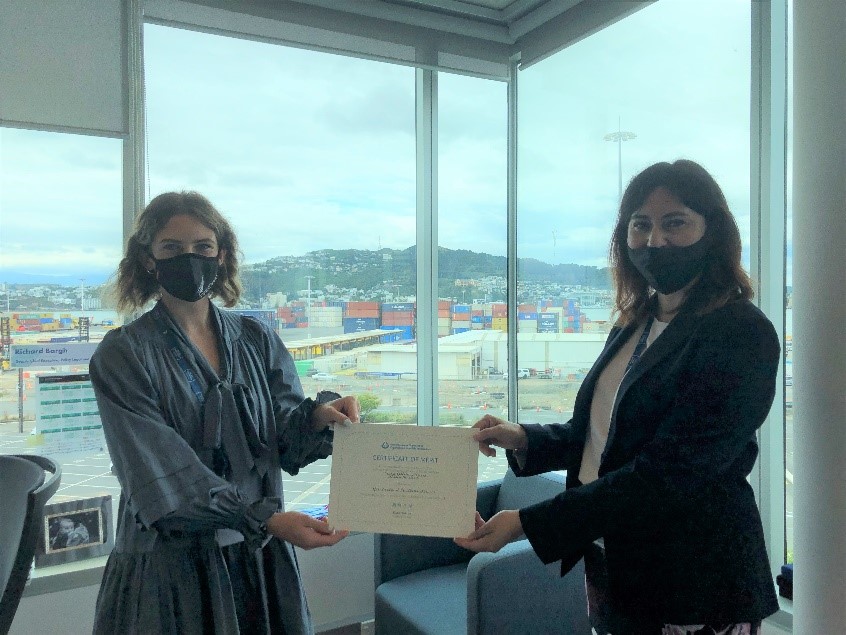 This International Customs Day (January 26), the New Zealand Customs Service acknowledges the success of its overseas relationships, which is preventing significant quantities of illicit drugs from reaching our shores. To the end of December 2021, Customs has seized around 1,608 kilograms of drugs, including 742 kilograms of methamphetamine at our borders. For the same period, its overseas partners in Europe, Asia-Pacific, Africa and the Middle East and the Americas have reported seizing 945 kilograms of drugs, including 758 kilograms of methamphetamine, which was destined for New Zealand.

Customs Director International, Michael Blades says Budget 2018 invested an extra $58 million to Customs over four years for multiple initiatives that are part of Customs’ strategy to target drug shipments and criminals both in Aotearoa and overseas for maximum impact. Customs works very closely with law enforcement agencies here and overseas, and has liaison officers based in key locations around the world; including North America, Europe, Asia and the Pacific.

“Our work with overseas partners has not only prevented a considerable amount of harmful drugs getting to New Zealand, but importantly, it has closed down drug supply networks having a serious impact on transnational crime groups who were profiting from the targeting of New Zealand where they cause huge damage to families and our communities,” says Mr Blades.

“For example, Customs has placed a Consul in Los Angeles, and permanently established a Liaison Officer position in an International Targeting Centre in Washington as part of the funding. These positions have made significant headway in building relationships with US law enforcement partners to tackle the organised criminal groups that are sending shipments to New Zealand.”

“Operation Manza is the first task force between New Zealand Customs and the US Homeland Security Investigations (HSI), which targeted methamphetamine and MDMA shipments sent by a Chinese drug trafficking syndicate based in Los Angeles that was using supply routes in Mexico. This operation stopped 150kg of methamphetamine from being sent from the US to New Zealand between November 2018 and August 2021, which resulted in seven US arrests and one New Zealand arrest. Homeland Security Investigations is pleased to partner with New Zealand Customs Service in our common mission to disrupt transnational organised crime,” said Adam Parks, HSI Attaché to New Zealand.

Mr Blades says New Zealand remains a lucrative destination for transnational criminals as our illegal drug prices are amongst the highest in the world. For this reason, targeting the supply of methamphetamine and other illegal drugs remains a critical priority.

“International Customs Day is an opportunity for us to reflect on the importance of New Zealand’s engagement with international law enforcement agencies. The success of our strategy over the past few years paves the way for future investigations with Customs’ overseas partners. Alongside our New Zealand law enforcement partners, we are taking a global approach to tackle global crime.”

Many of Customs’ operations have a supporting overseas element, or are part of large international operations, including some currently underway, which demonstrate the value New Zealand can add to disrupting and degrading transnational organised crime.

Held annually on January 26th, International Customs Day recognises Customs staff and agencies across the world, and provides a platform for members of the World Customs Organization (WCO) to showcase their initiatives to enhance efforts and activities that support efficient and secure world trade and travel. This year, the WCO has decided on the theme of: Scaling up Customs Digital Transformation by Embracing a Data Culture and Building a Data Ecosystem. As well as this New Zealand Customs Services also recognised 17 individuals and groups for their contributions. Comptroller of Customs, Christine Stevenson would also like to acknowledge the work of our Customs staff and announce the recipients of this year’s WCO certificates.

“International Customs Day is the time to reflect on and recognise the important functions carried out by customs administrations around the world, as they protect their communities at borders. It is a day to recognise the vital role customs officials have in facilitating legitimate goods across international borders,” says Christine Stevenson.

“My congratulations to all of the recipients of the WCO certificates for 2022. There were many, many terrific Customs people involved with various projects and initiatives over the past year, which we would like to recognise. Your hard work, professionalism, commitment and resilience have helped to keep us and our country safe.”