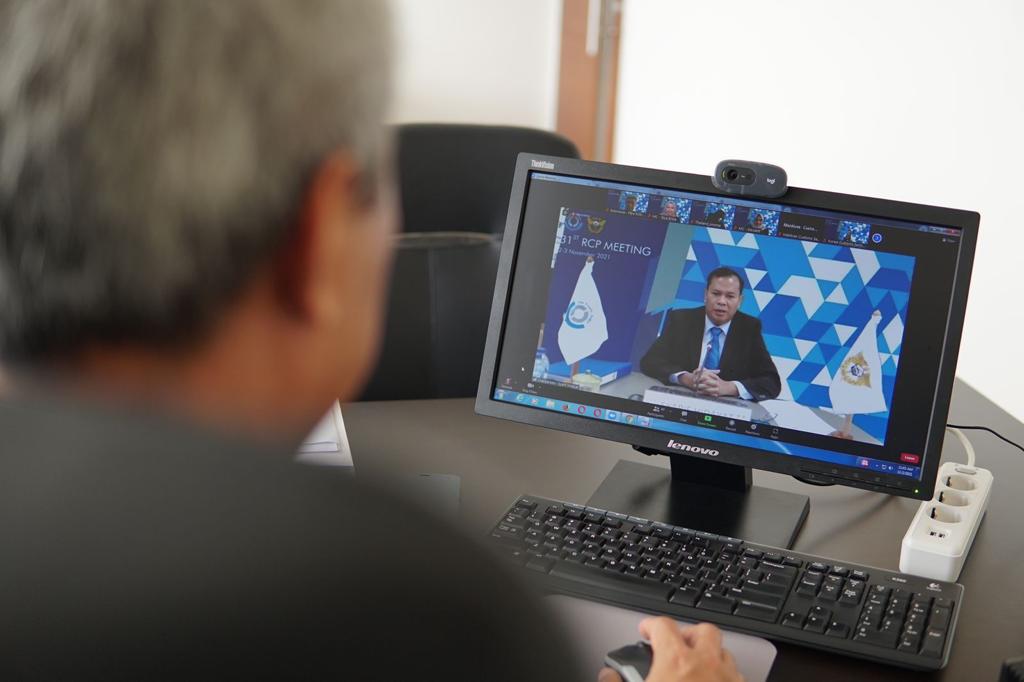 As a WCO Asia Pacific Vice-chair, Indonesia Customs hosted the 31st Regional Contact Point (RCP) Meeting on 2 - 3 November 2021. Considering the current situation of the long impact of COVID-19, this annual meeting was conducted online and attended by 22 Customs Administrations in the Asia Pacific region including WCO Director of Capacity Building, ROCB A/P, RILO A/P, and WCO Regional Development Manager. This meeting was led by the Chief of Executive of WCO A/P Vice-chair, Mr. R. Syarif Hidayat, aiming to discuss and exchange opinions on matters of common interest, and strengthen the communication among Contact Points in the region. Several priorities that became the highlight of the meeting were Regional Nominations in the WCO Committees, the implementation of Regional Strategic Plan (RSP) 2020 - 2022, and Regional priorities and initiatives in light of the COVID-19 pandemic. 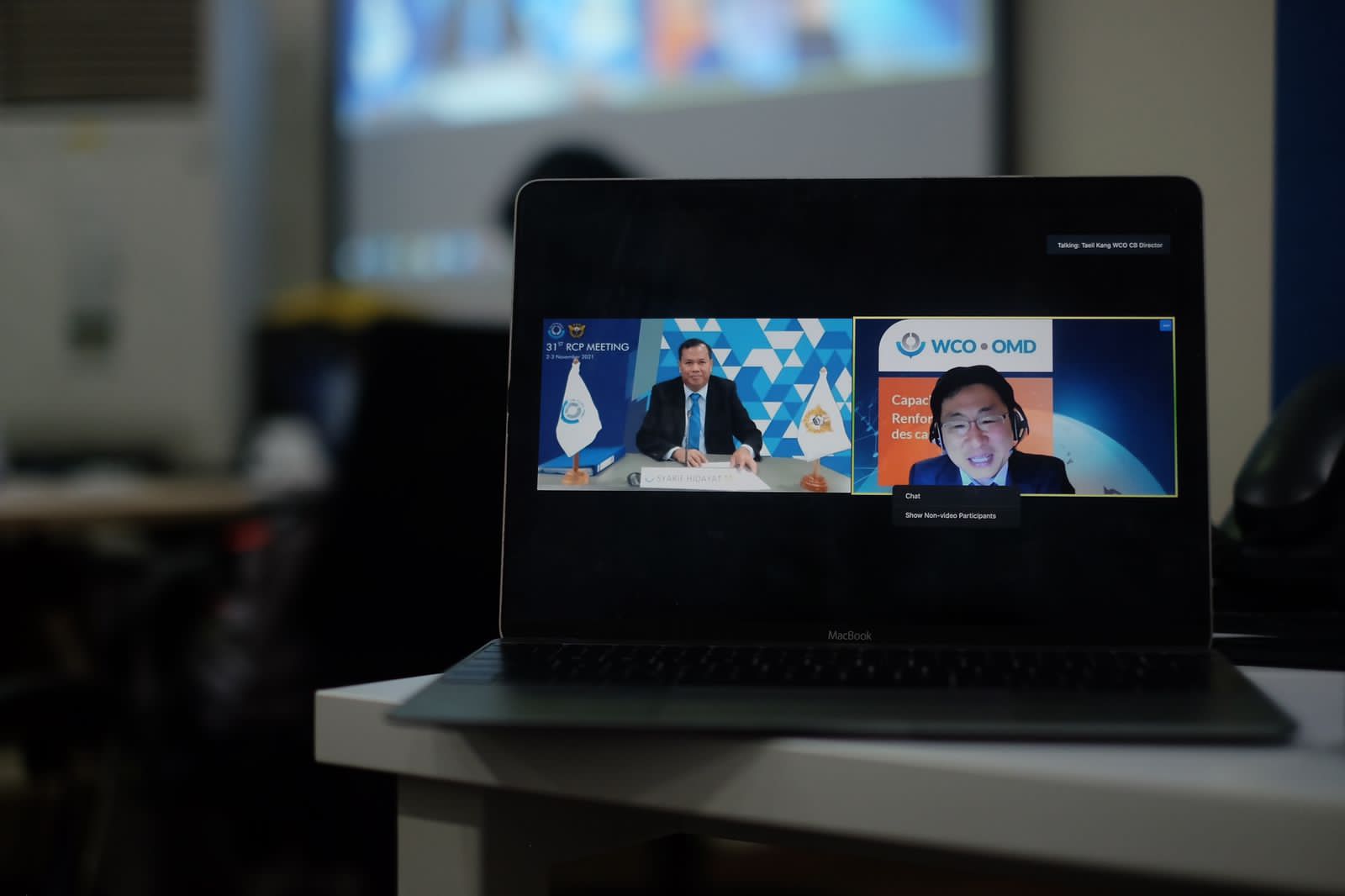 In this meeting, WCO Secretariat presented WCO’s response to COVID-19 and recent development, including collaboration with other organizations and some significant developments in e-commerce, passenger facilitation and control, gender equity and diversity, Middle Management Development (MMD) Training, and people development in times of crisis. Indonesia as the Vice-chair Secretariat also reported Vice-chair activities done in the past few months, including regional communication updates, RSP 2020-2022 survey, Vice-chair Candidacy, Regional Representatives to WCO Committee's announcement, RPSG A/P updates, and RILO A/P transition progress. It was announced that Indonesia will end its term as the Vice-chair in June next year and Australia was the sole nominee to become the next Vice-chair. All members supported the nomination and the final endorsement on this will be done at RHCA next year. It was also reported during the session that Korea will end its term as the host of RILO A/P on December 2023. Japan has expressed a strong intention to become the next host RILO A/P and will submit the official letter of EoI once the call for EoI is open. Further, the candidate of the next host country of RILO A/P will be decided at the next RHCA.

ROCB A/P delivered a report on updates and a summary of the key activities within the past few months on the next agenda. Then, RILO A/P reported updates about key undertakings and progress of enforcement projects, followed by a presentation about the development of the ToR on RILO A/P transition by Korea Customs. The meeting also presented the proposals for establishing new regional entities: Customs Academy of Thai Customs Department Academy as a WCO Regional Training Center (RTC) and The Islamic Republic of Iran Customs Administration to become WCO Regional Dog Training Center (RDTC). The proposals were approved by RCP and would be submitted to the next RHCA for final endorsement. The following agenda was intended for members to provide updates and share experiences. Some members who took this opportunity included: Australia, Thailand, Japan, Indonesia, and Korea. 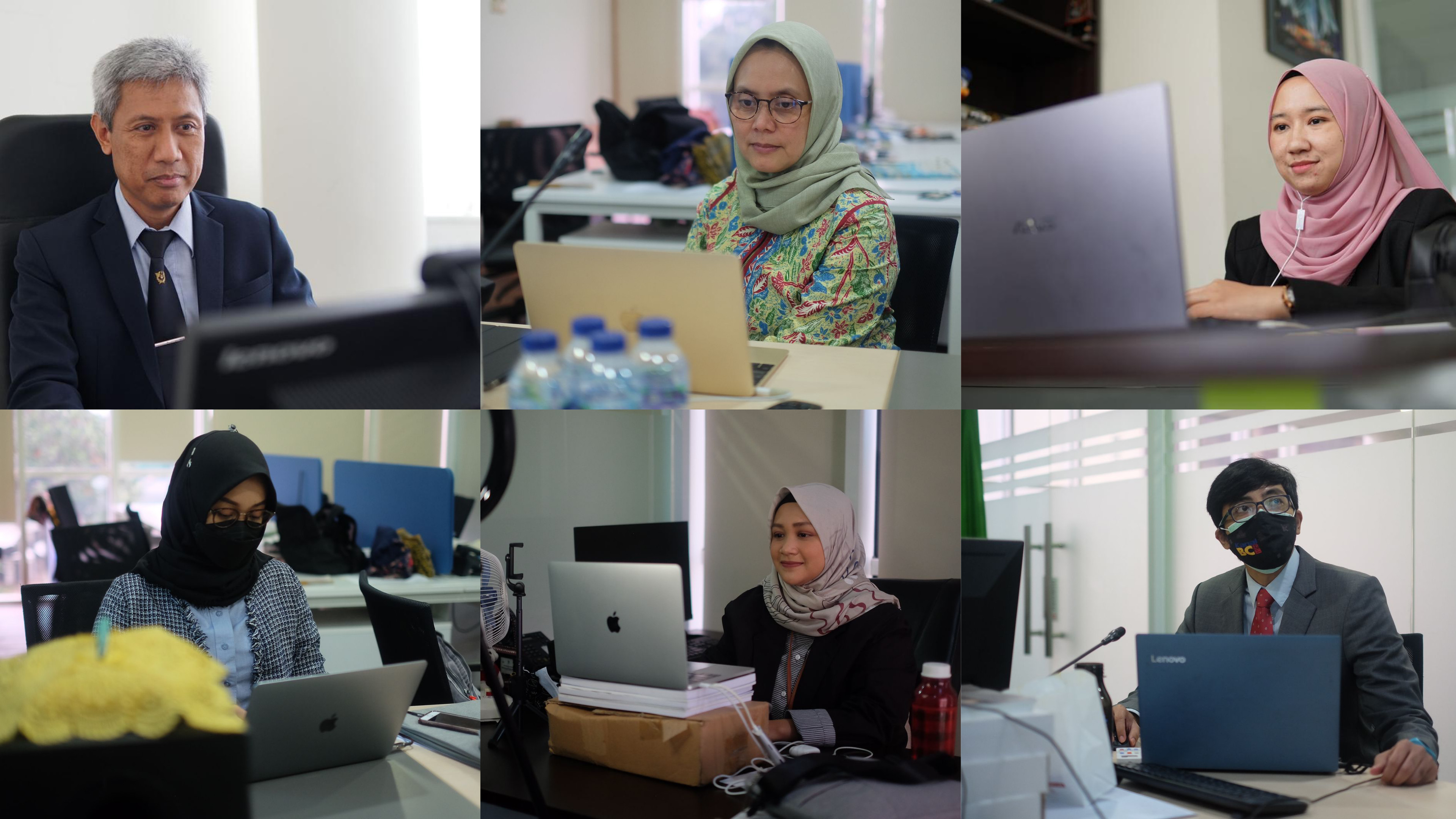 Next agenda discussed the arrangements of the next RHCA Conference. Member’s support was needed before taking any further decision including the proposal of meeting date/venue in this dynamic situation of the pandemic. 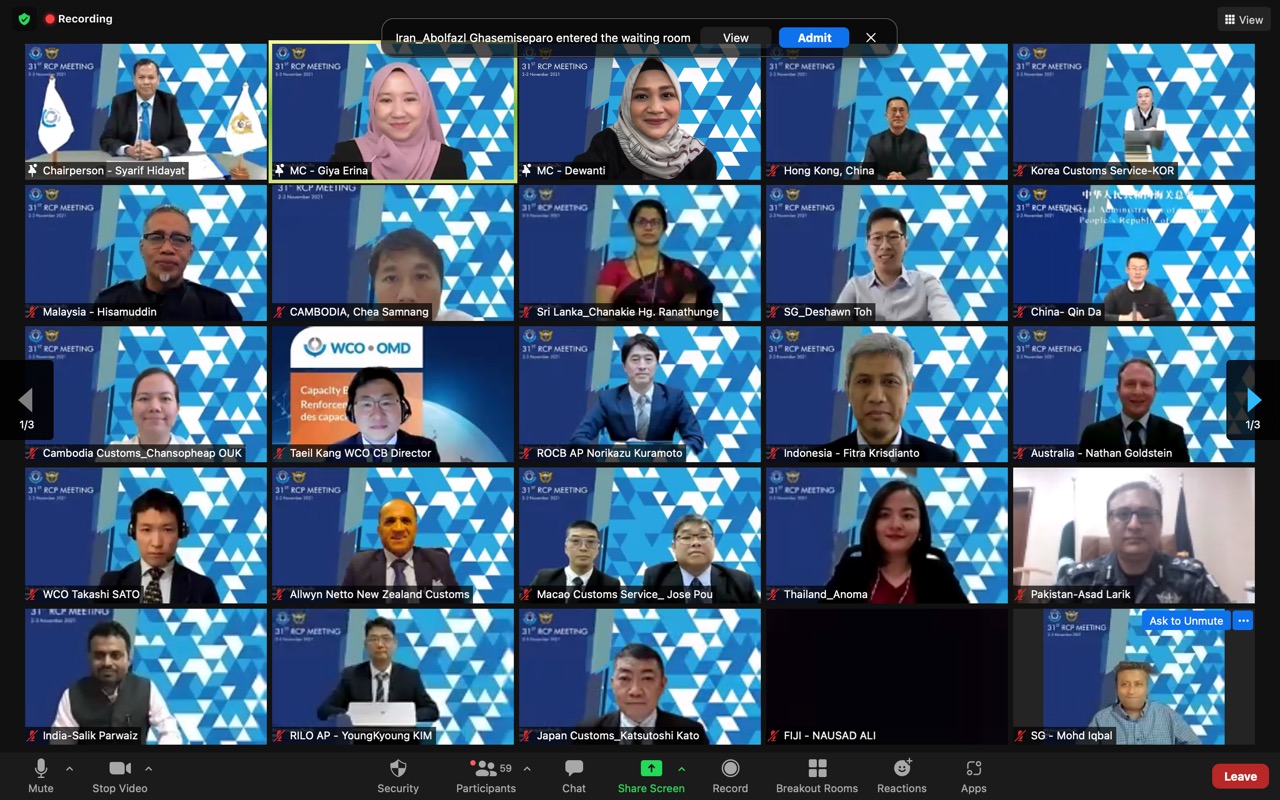 Lastly, member administrations expressed their high appreciation to Indonesia as a Vice-chair for arranging the meeting successfully amidst the unprecedented time. Vice-chair Secretariat also appreciates members' strong commitment and active contribution during the meeting. Hopefully, the meeting might help strengthen the regional cooperation and collaboration amongst all member administrations according to the tagline “Echoing Asia Pacific”.