At the invitation of the WCO RDTC Korea Opening Ceremony on 8th June 2021, Mr. Askolani delivered the congratulatory remarks to the Korea Customs Service for the establishment of RDTC Korea. The launching ceremony which was organized by RDTC Korea together with Regional Office for Capacity Building for Asia Pacific Region (ROCB A/P) is followed by WCO Asia/Pacific Regional Virtual Workshop on Canines. More than 60 participants from the Asia Pacific region attended the ceremony. 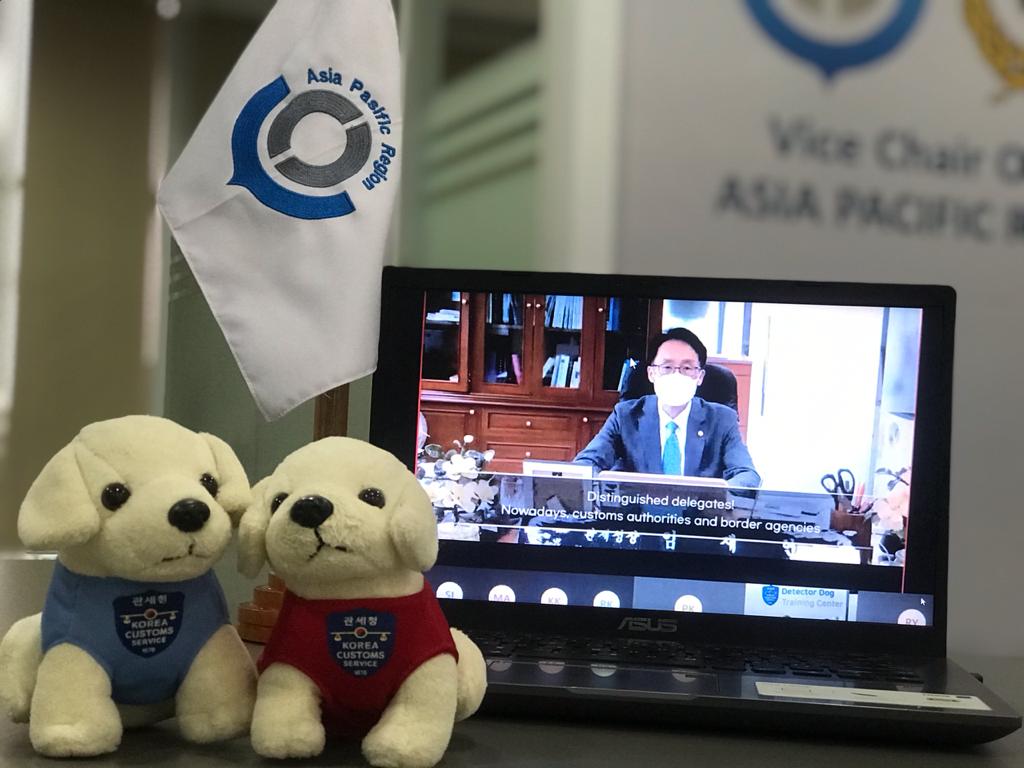 At the beginning, the host introduced the RDTC Korea video profile and followed by cutting the cake by the Director General of Customs Border Control Training Institute (CBCTI) the as a sign that Detector Dog Training Center of Korea officially becomes the WCO RDTC for Asia Pacific Region. Then, it continued by opening remarks video from the new Commissioner of Korea Customs Service, Mr. JaeHyeon Lim. During his remarks, Mr. Lim stated that with the designation as WCO A/P RDTC, RDTC Korea are pleased to be acknowledged by the world for Korea detector dog training capabilities. As the closing, the Commissioner conveyed that KCS looks forward to sharing the canine training programs and facilities with all WCO members in the region. 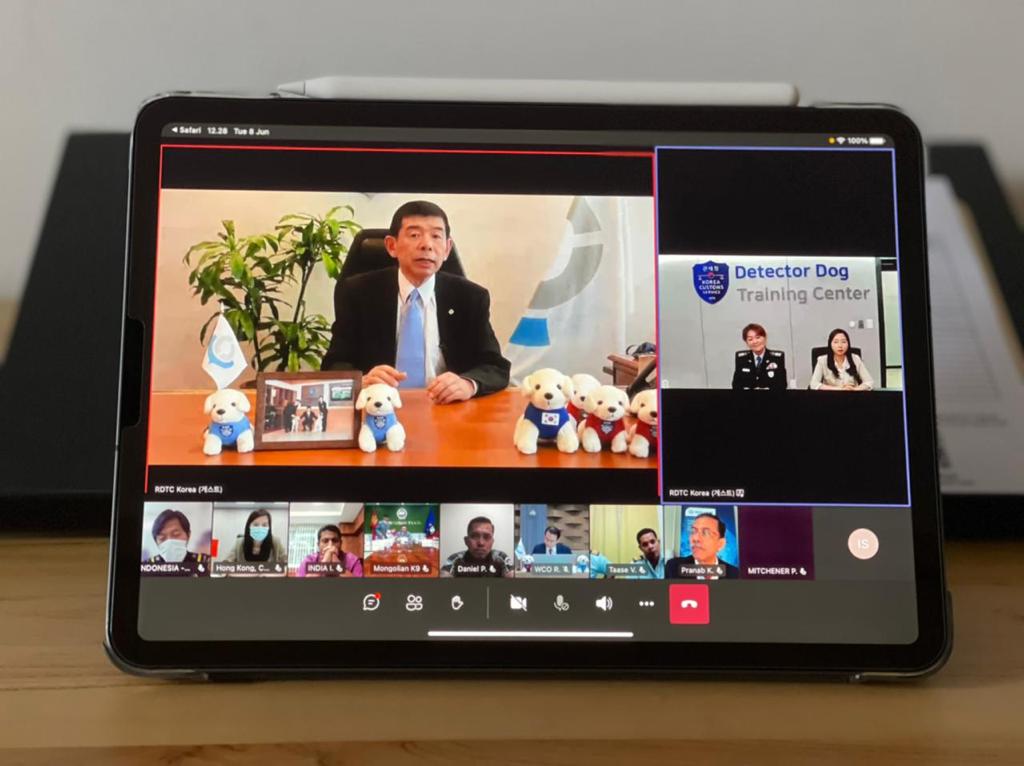 In addition, Mr. Kunio Mikuriya, Secretary General of WCO also conveyed the congratulatory remarks in a video format. In his remarks, Mr. Mikuriya showed his appreciation to Korea Customs Service that finally KCS made it to become WCO RDTC for Asia Pacific Region. He also emphasized that it is important to have the dog detectors and the expertise to fight against organized crime nowadays. Therefore, as the accreditation of RDTC Korea, the Customs Communities now have 16 RDTC worldwide. Hopefully, this network may become a great asset to share the best practices in combating organized crime at regional and international level. At the closing, WCO Secretary General once again congratulated Korea Customs Service and wish success for the new RDTC. 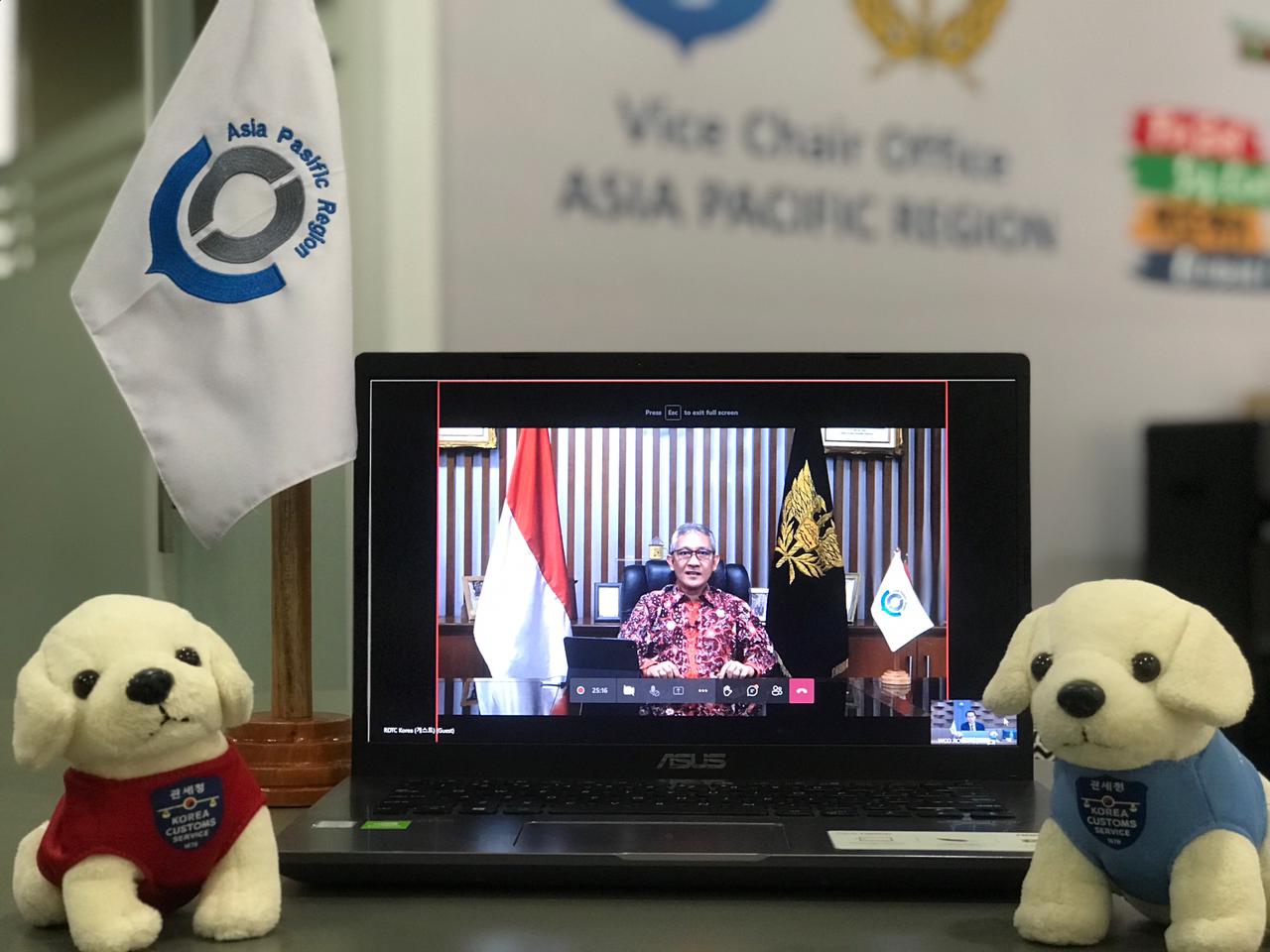 The launching ceremony was continued with the congratulatory remarks video from Mr. Askolani, the WCO A/P Vice-chair. Firstly, Vice-chair congratulated the New Commissioner of Korea Customs Service and look forward for further collaboration in the region. Vice-chair also expressed his highest appreciation to Korea Customs Service for the great initiative in establishing the WCO RDTC in Asia Pacific Region even amidst the unprecedented global challenges. He believed RDTC Korea may devote a significant contribution to the enhancement of the detector dogs to WCO members in terms of canine works and support the enforcement operations in the region. Lastly, Vice-chair convinced that The WCO Asia Pacific Vice-chair Secretariat and all members in the region will always appreciate and support the significant initiative from the Detector Dog Training Center of KCS. 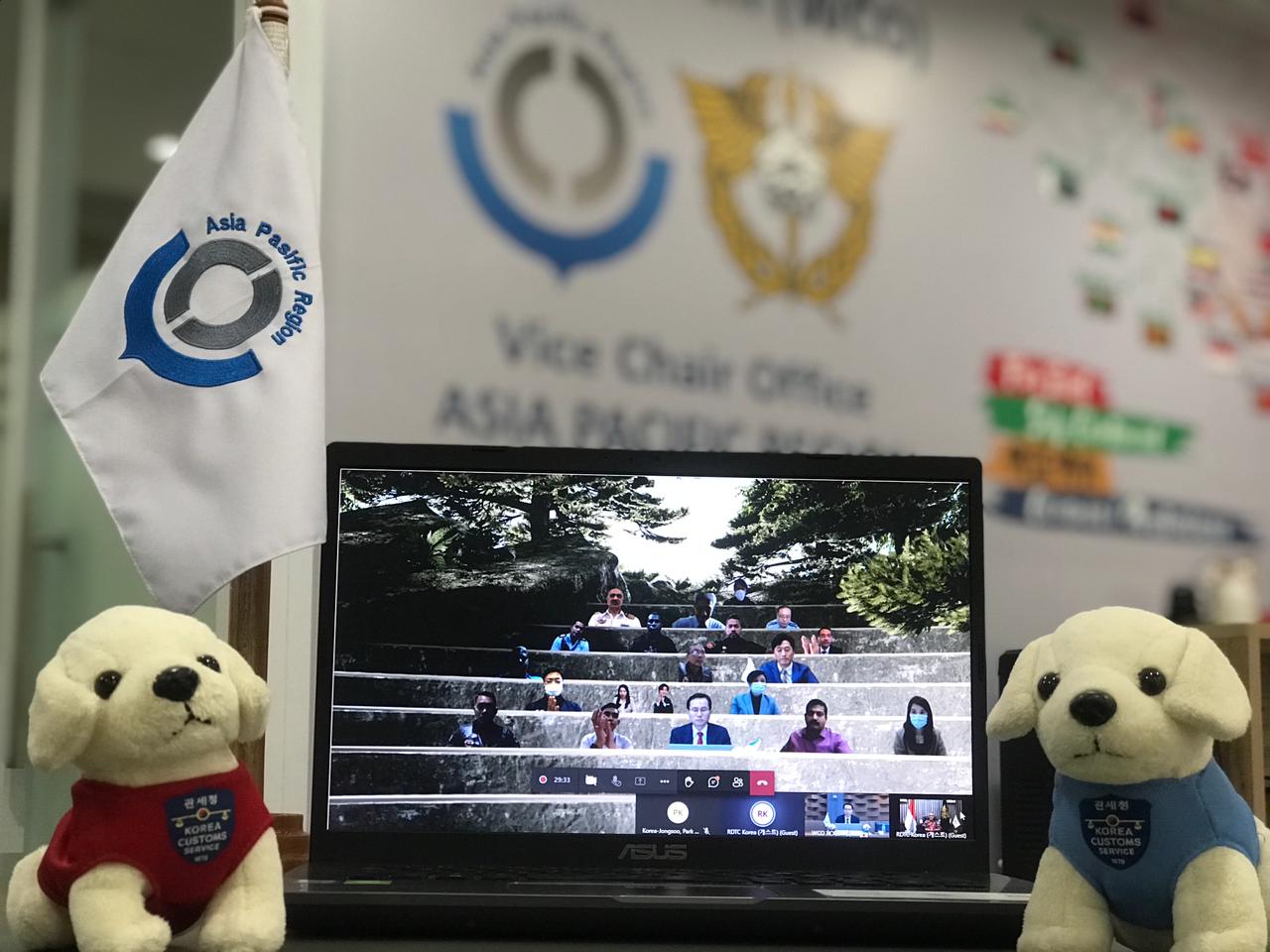 The event was closed by the congratulatory speech from Mr. Norikazu Kuramoto, Head of ROCB A/P. Mr. Kuramoto highlighted that at this unprecedented time because of the pandemic, it is important to have canine for the operations as it is reported that there a lot of illegal drugs was smuggled globally. In this regards, canine is a useful operation and function at the front line to detect the illegal drugs, explosives and other dangerous goods. Therefore, canine training programme is needed to enhance the quality especially for detecting dogs. The head of ROCB truly grateful for the strong passion and commitment of Korea Customs Service in establishing the second WCO RDTC for A/P region since KCS have a wonderful facilities and training program for supporting canine operations.

Once again, congratulations to RTDC Korea and we wish a great success for the future ahead.